Spring is sexy (and that’s a cultural fact!)

A great example of such ritual is the exchange of martenitsas in Bulgaria, Macedonia, and Romania. Now, you’re probably asking yourself “But what are martenitsas?” You see, my non-Slavic friend, martenitsas are an experience, which is hard to describe if you’ve not gone through it yourself. Allow me to be your humble host and welcome you into a memory, which is universally shared by all people, who grew up in the upper mentioned countries. Let me set the scene for you.

It is the first of March and you’re in the kitchen, munching on a slice of bread covered in thick roasted pepper chutney, called lutenitsa or aivar, and crumbly white cheese. You aren’t paying much attention to your breakfast, because the TV is on and you want to enjoy the poorly dubbed DBZ episode, which is currently being aired before your father wakes up and inevitably switches the channel to the sports one. The door creaks, and in comes your plump grandmother, smiling, wearing her floral house dress, which she affectionately calls her “peignoir”. She masterfully positions herself between you and the TV, just when Goku is about to turn Super-Sayan, and pulls your wrist into her vice-like grip (it is a little-known fact that Slavic grandmas usually chop their own firewood and are as tough as nails). She ties a red and white yarn bracelet around it, and once satisfied with her knot,  mercilessly pinches your cheeks and says “Be red and white, blushed and bright!” However, this is not the end of your March adventure, it is just the beginning. Through the rest of the day (and possibly the week) every parent, sibling, aunt, uncle, distant relative, neighbor, teacher, schoolmate, and friend gives you one of these little bi-colored adornments. You return home, your hands covered from wrist to elbow with well-meaning gifts, which make showering hell for the rest of the month (or until you see a blossoming tree or a stork, indicating it is the moment you take them off and tie them to a nearby tree). And yet you are happy because even though the tiny gifts might itch a little, they remind you that you are loved and cherished! Wholesome, right?

Now that you know what martenitsas are, it’s time to find out what they really mean. Martenitsa’a often depicts two small creatures – a white boy figure, affectionately referred to as Pizho and a red girl, called Penda, held together by a twisted thread featuring both of their colours. Even though this imagery may appear random, it is anything but. It represents white, the colour of semen and red, that of feminine blood entwined together, in a sexual completion. Martenitsas symbolize the youth, vitality, and yes, horniness of spring nature. In the past they were tied to trees and livestock as a blessing, assuring that the year would be bountiful, and to children, to make sure that they’d grow up strong and eager to bless their parents with many grandkids.

I hope that this blog post leaves you with some newfound love for spring, fun trivia to share at parties, maybe even an interesting tradition to partake in. Twist some red and white strings together, wear them for a few days and check if it’s doing anything for your libido. If nothing else happens, at the very least you’ll have a cool accessory to brag about.

PS. Big thanks to Morrigan, who let me hijack her account 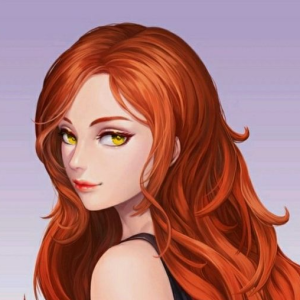