We create single-player games, but that doesn’t mean you have to play them alone! We invite you to the most social feature of the Haremverse up to date: the Club Champions!

Club Champions are similar to the Sex Champions but stronger, so they require a team of strong and dedicated players to impress. This new feature is cooperative and it provides rewards to all participating club members.

How can I participate in the Club Champions?

In order to participate in Club Champions, you have to fulfil two requirements:

Once you have completed both, you can participate in the challenge.

Who are the Club Champions?

Club Champions are not easily impressed, but they have a lot of rewards for the players who manage to do it.

Club Champions are assigned to a Club and are visible only to the Club Members. Depending on the progression of the Club, the Champion will have a respective level and tier.

Each club will be able to challenge a Champion. The feature will start with 3 Champions, who will rotate once per month. We are planning to release more Club Champions who will award more recruits. Each Champion awards one base recruit.

How do I challenge a Club Champion?

You can find the Club Champions only in your Club Menu. The Champion in the current rotation can be challenged by spending Champion Tickets. Anyone from a Club can start the challenge.

Challenging and fighting Champions happens with the same game play as in Sex Champions:

The main difference is that the Champion impression (progression meter) is a shared goal for the whole club.

After you or a member of your Club has challenged a Champion and had the first fight: it’s on!

The Countdown starts and once over the Champion’s impression is reset to 0. After each individual challenge, the active player (the one who just challenged) has a personal cooldown of 15 minutes. However, the other Club members are not affected by this cooldown and can continue the performance. Or the player can use Kobans to skip the reset.

If the Club wins, the Champion enters a 24 hour cooldown (as with the single player) which is in effect for all the club members. The Timer can be skipped by anyone and the cooldown will be removed for all Club members. The cost in Kobans is the same as in Sex Champions.

If another player has removed the cooldown while one was trying to pay, a notification appears and informs him that the price was already paid by another player and will refresh the screen showing now that the Challenge session is active.

Club Champions have one stage that must be completed in 24 hours. When the tier Changes, the Champions level up. After 10 failed attempts to impress him, the Champion tier will revert back to the previous one.

Why should I participate in  Club Champions?

To show that your Club is the strongest and get to know your Club members better! Not to mention that you will get new exclusive girls/guys and other delicious rewards! Club Champions encourage cooperation and communication while still being individually rewarding.

The better strategy you have as a team, the bigger and better the rewards are going to be. But even if you fail, you will still get things. What do you have to lose?

When you win a performance against a Club Champion, you receive Ymen and contribution points (new type of reward, specific to Club Champions).

The final reward, after you and your Club members have defeated the Club Champion within the 24-hour limit, you will get Affection shards of the Club Champion girl/guy and some other amazing rewards, depending on your contribution.

So what are you waiting for: go perform with your Club and get juicy rewards! If you still don’t have a club and you play Hentai/Harem Heroes, don’t hesitate to find like-minded players in our community on discord, Facebook group and the Forum. 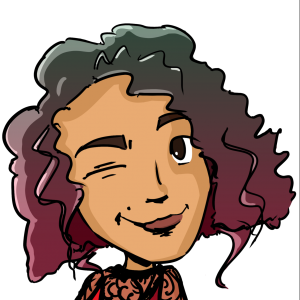