The Haremverse is not only about adventure and seducing gorgeous ladies on the way. It’s also about comparing the size of your… Harem and competing with other heroes to get rewards. And respect. Read below if you want to learn everything about the Leagues and the Leaderboards. Let’s head to the Tower of Fame and get all of your questions answered.

What exactly are the Leagues?

This is where the game gets really competitive. The Leagues is the place where players from all over the world can challenge each other and compete in battles to show their prowess and win exclusive rewards. The Leagues unlock to players who have reached level 20 and above.

To fight other players it in the league you will need

every 35 minutes and you can have up to 15. You can also recharge the challenge points with Kobans.

When does it start?

The Leagues reset every week and the new season starts every Thursday at 5 am (UTC+1).

How many players participate?

Players of the Leagues will be divided in groups. Each group has a minimum of 100 and a maximum of 199 players and you will compete there for a full season.

What rewards do the Leagues give?

Check the Icons in the centre of the Leagues page. All you have to do is hover with your mouse on top of each of them and a popup menu will appear with all the rewards in that league.

How do I get to the next League?

At the end of the season, the top 15 players of each group are promoted to a superior League. If there are not enough players to create at least one cluster in the League, no one gets promoted.

Why did I drop out of one League and got in a lower one?

At the end of the season, the bottom 15 players of each cluster are demoted to an inferior league. The only exception is the players who are in the Wanker 1 League.

I didn’t play the leagues for some time and entering I received a message about my absence. What could I do to play inside the League I was last in?

You need to wait for the beginning of the next League season. Once it starts, you will be inserted automatically.

I got a message that I can’t fight a player in the League. Why?

The player was removed from the game during the League (account deletion or ban) season, but the account technically is still in the League. Pick someone else.

What is the actual scoring system?

In case of a win, the guaranteed base score is 15 and the Bonus is equal to 10 times the percentage of the Hero’s Ego at the end of the Performance.

In case of a loss, the guaranteed base is 3 and the Bonus is equal to 10 times the percentage of Opponent’s Ego loss at the end of the Performance

What is a Leaderboard?

The Leaderboard is the place where the players can see their ingame progress during the week/general. You can choose to see the national or worldwide rating.

Only global weekly rankings give you rewards. National ranking is  just for comparing to other country fellows and feeling good about your performance.

Mojo is the PvP rating value and determines the player’s place in the rating.

Did we miss something? If you have more questions about the Leagues and the Leaderboards, drop us a line on Twitter, Facebook or Discord. We will update this blog post. 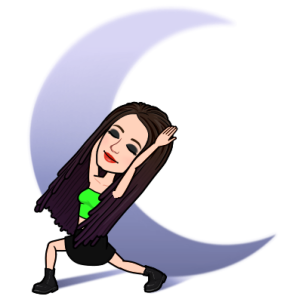 I love putting sexual tension in everything I write here. So if you feel turned on while reading the news on this site, I can be satisfied. Yes! I truly want you to find here what your kinky hearts desire! To all Spanish speakers: I’m watching you! ;-)
Menu
Menu
Menu