2018 was a crazy year for Gay Harem and for us at Kinkoid! After the launch of the game and the first year of live development, we’ve gone full throttle and worked really hard to provide you with pleasure and to improve the Haremverse as much as we can. Bunny welcomed more and more players into the hottest and sexiest place of all time! Thank you all for appreciating all our efforts to improve the game! We are really proud of what has been accomplished thus far: none of this could have been done without you all.

Throughout the year, more than 80 beautiful guys joined the game, making sure that you can have the biggest and sexiest harem. Inspired from all your favorite fantasy worlds and phantasms, we made sure that they were the focus of the whole game during 2018. The adventure continued as you given of yourself to be sure Julio can stay healthy and … You died ! But, luckly, you were welcomed in the world of the death by Kensuke and he is teaching you some tricks to be a good Shinigami. But some mysterious misdeeds seem to occur in that place of eternal hornyness…

Simultaneously, we began the period with a big project that touched a lot of different features and introduced a lot of changes. Our focus was to make the experience of the Player versus Players more rewarding and places like the Arena and the Tower of Fame more interesting for everyone. The Arena became free for everyone and we improved and deepened the harem’s performance feature by introducing the domination scheme and the harmony system.

Since the Arena provided a casual and chill experience, we wanted to bring something for the players that wanted something more intense and competitive. That’s the reason behind the introduction of leagues within the game in which players could measure up against each other for amazing rewards.

We are very happy with the results and we have seen tremendous growth in the usage of these features. Seems like most of you are not afraid of a little competition. Bunny is very proud with you.  😉

And speaking about Bunny and the other handsome guys in the Haremverse, we are very proud with one particular improvement we did this year. We know how much you like the guys and are interested in them, so this year we created the new harem interface, which includes personal information about the guys. We wanted to make sure that you can know the most about these sexy gentlemen. It was quite a lot of work to ask every single one of them for their birth date and favorite food or fetish, yet we are sure it was worth it just to bring you these sweet confidences about your favorite men.

Another important point touching the guys was the affection rebalance we did earlier this year and the introduction of the rarity of guys. Most of you agreed that the previous system was not really rewarding! The introduction of the guys’ rarity fixed this situation quite elegantly and gave us the opportunity, next to the possibility to rebalance the stats of all the guys, to introduce a new kind of events that received a keen interest from your part: the Legendary Days. We wanted to introduce an event more condensed and focused only on one guy, making him the sexy shining star of the Haremverse for the duration of the event.

Our latest big feature released this year was a huge acknowledgement that even with the hottest guys, even with the horniest gameplay and the sexiest story, we would be nothing without you, our players. And we wanted to bring you closer, to give you an ingame platform in which you could exchange, meet and gather together. This materialized in the form of the Club feature, released in October. Since then more than 2000 clubs have been created! This huge interest from your side motivates us to work on the improvements yet to come. The current feature is just a first step and is the core around which we will build more and introduce other activities and gameplay elements.

As stated previously, 2018 was super busy and active on our side. We are pleased that you welcomed most of our changes with a lot of love and interest. This means we need to work even harder in 2019 to bring you even more lewd guys, more funny parodies and even more kinky moments!

One of our big project for this new year will be to work to complete the club feature that we released. If you want to know more about what that entails, we shared a presentation in the past and its content is still up to date.

An improvement that will come in early 2019 will be to enhancement of one of the core elements of the game: the seduction of the guys and the extension of your harem. Currently during an event you are competing against the villains to get a chance of obtain the attention of these exclusive guys. Yet you have no impression of progression and are feeling sometimes the stress of not being able to recruit a new member in your harem as the event is closing up. We considered that these were opposite to the feelings that we want for the game. We wanted to add a system which would complete and improve the current one while still providing the thrill whenever you are able to seduce a guy and make him join your harem. So next year as you fight villains, you will be able to collect guy-specific rewards that, with accumulation, will make him join your harem. Think about it as a foreplay before him unites with you.

We are very thrilled by this as we know it would improve highly your overall experience.

Of course, we will continue making improvements like this as we desire to make the game clearer and its interface easier to understand. We are also working to give you the option for push-notification in the game, providing you an easy way to keep you updated regularly in a non-intrusive way. And it is only a slice of all our improvements planned for the game. 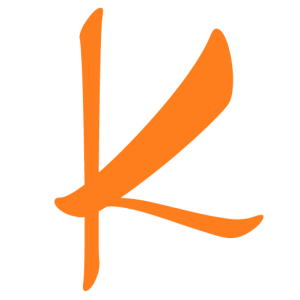